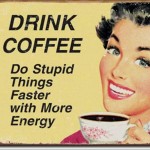 Notes: -Noticed to have addictive personality-

Appearance: A medium build of average height and having a dark skin tone compared to the average Elysian. Corwin’s most notable features consist of his stark blue eyes and his well grown beard, opposite of his shaved head. His uniform is well kept other than burn marks from lho sticks on the armor. Evident ensignia on the armor consists of the 42st symbol on the chestplate, 8th company marking on the right shoulder, and seven rough drawn aquilas on the right side of the helmet. Underneath this all is a body that is scarred from ankle to upper torso in lash marks and floggs from disciplinary actions.

History: Born in one of the infinite hive blocks of Elysia, Corwin was never meant for much as his family made it evident. Working as laborers in a local chem plant they all began to suffer from light alteration due to the chemicals and become reliant on drugs of many types to keep them working. This resulted in a culture of addiction that the young boy was surrounded by and as such was eventually conscripted into a local gang as a runner boy. One day after being caught by an Adeptus Arbite he was given a choice; PDF or jail. It was the first choice that the boy took on the spot, leaving his family to an unknown fate. Finding himself leaving bootcamp top of his class he found himself stuck with simple ship inspection duty. After a few months of being bored, he began to confiscate any illicit drugs from ships and selling them himself rather than reporting them to command. This left him in a bad spot after having to explain his high obscura content in his blood after a random inspection. This resulted in him being assigned to active combat duty and engaging in combat with a pirate group in zero gravity too many times to count. After completing his tour in the PDF he found himself choosing unwillingly to join the 41st. Gaining more training as a weapons demolitionist specialist the young man engaged in two campaigns against orks. Engaging in seven drops in total he was almost considered a veteran however never rose in the ranks due to his consistent use of illicit drugs.

General Information: An avid user of drugs the most common thing Corwin is known for is his propensity to get in trouble in some way related to them. The real reason is just because the man gets bored and wishes to find any form of thrill in his life; be it battle to winning a few thrones in a dice match. However this also results in a comedic and light hearted attitude towards all around him even his enemies. Finding comedy even when he watches his lads be blasted around him in how one's middle finger can still stick up even after being detached from one's body. This also catches him in trouble with the authorities as he often is correct in his protocol, however with a slight twist that puts off most higher ups. In combat Corwin is fond of the explosive and can always find a way to use them in the most unnecessary ways however effective. If there is a motto this man lives by it is, “Live fast, not long.”

Friends: Those with amsac or lho- maybe some obscura, Those with credits, Officially commanding officers, Unofficially those who are good at having fun.

Foes: Heretics, Those who cheat him, Safety regulations, Annoying birds

Characteristics:
High Concept: Of course not sir! But off the record, it was amazing.
Trouble: What’s in it for me?
Aspect: Thrill Seeker.

Users browsing this forum: No registered users and 2 guests